Yet Another Lawyer Sex Controversy 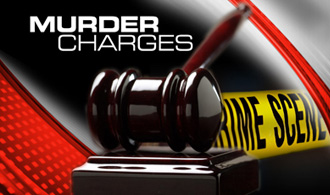 This one has me scratching my head in puzzlement. The San Diego Union-Tribune reported yesterday that the “talk of the downtown courthouse” has been a case that alleges an inappropriate sexual relationship with a former partner at the Pacific Law Center, Alan E. Spears. The firm had been having troubles enough before now, having been dogged by complaints in recent months by former clients, former lawyers and even the Better Business Bureau. Last month, in a move aimed at shoring up its image, the firm merged with well-known San Diego criminal defense lawyer Kerry Steigerwalt and was given a new name, Kerry Steigerwalt’s Pacific Law Center.

But the talk this week, according to the Union-Tribune, stems from the firm’s representation of 19-year-old Antoine Mcelroy, who pleaded guilty in December to an attempted murder charge after his family paid Pacific Legal Center $31,000 to defend him. Now with a new attorney, Mcelroy is headed to court this week seeking to withdraw the plea, arguing that he was coerced into taking it.

Here’s where it gets somewhat muddy. Turns out Mcelroy’s 21-year-old sister claims she was having a sexual relationship with Spears, who is described in the piece as “the bearded, baritone-voiced lawyer who appeared in many of the firm’s commercials.” (Here is one of those commercials.) She claims Spears gave her thousands of dollars in cash and bought her a 1997 BMW, and she has filed with the court the vehicle registration and financing documents to prove it.

Mcelroy’s lawyer, Thomas Matthews, says the relationship between Spears and Mcelroy’s sister tainted the entire case. But Spears never represented Mcelroy and did no work on the case. Matthews also claims that the lawyer who did represent Mcelroy inappropriately interjected a statement during a plea hearing that had the effect of admitting his client’s guilt. That misstatement plus the relationship between Spears and the sister “created an overall coercive environment that should nullify the guilty plea.” Spears denies any sexual relationship with the sister but adds that the allegation, whatever its truth, has nothing to do with the propriety of the plea.

I would have to agree. I do not see how one had any bearing on the other. The lawyer was not involved in the case and the sister was not the client. I welcome correction from any ethics experts who care to weigh in. In the meantime, it gives them something to talk about down at the courthouse.

Get Help Now
Home » Uncategorized » Yet Another Lawyer Sex Controversy