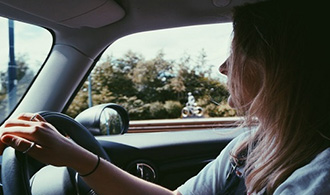 Like most other states, California has a system of graduated licensing for new drivers. At age 15 ½, teens can obtain a learner’s permit, which enables them to drive under the supervision of a parent, guardian, or licensed driver aged at least 25. Moreover, until they are aged 17 ½ they have passed/must be undertaking a driver’s education course. Finally, they must hold their learner’s permit for at least six months, acquire at least 40 hours of driving experience (certified by a parent or guardian), and obtain six hours of professional driver’s training. At 16, drivers can obtain their intermediate license, though they are not permitted to drive during specific hours during the first year of this stage (11pm to 5am). Additionally, they may not transport persons aged less than 20 unless supervised by a licenced driver aged at least 25. When they turn 17, they become eligible for an unrestricted license. These laws were formulated to reduce the risk of accidents, since statistics show that even when teens do not drive under the influence, they are still at a higher risk of having accidents, than older adults.

The Law vs Common Custom

The number of teen accidents dropped statewide after the imposition of these provisional licenses, which is good news considering that there are around two million teen drivers in the U.S. However, experience shows that the rules are often ignored by teens, or are often not enforced.

The 2009 case of North County highschoolers, Alex Capozza and William Wardrip, highlighted the problem of teen driving in San Diego. Both died late at night, both were riding in cars with other teens, and both were not wearing seatbelts at the time of the accident. Neither had been driving under the influence. Kelly Browning of Impact Teen Drivers in Sacramento,a group seeking to promote safe driving, notes that the problem is largely caused by a lack of awareness of teen driving laws in parents and teens. Clearly, parents have a role not only in setting a good driving example, but also in ensuring that teens comply with the law.

The effects of the laws are limited by the fact that officers are limited with respect to enforcement; they are not permitted to stop teen drivers to enforced these laws alone. There must be an additional cause – such as speeding, failing to stop at a red light or driving recklessly. At the time of the death of Capozza and Wardrip, there had been only 113 citations for teen drivers in the previous year, yet millions of tickets had been issued in the state for speeding. Teens who were interviewed also noted that the laws were viewed as “trivial” in nature and were not taken seriously among young drivers.

Teen driving laws were set in place with the intention of lowering the risk of accidents, since studies show that teen drivers with one passenger in their car double their risk of an accident; with three or more passengers, their risk is fourfold! The intention is to ensure that teens drive during statistically safe hours and under the supervision of a licensed driver. However, limited enforceability means that ultimately, parents and teens are responsible for taking these laws seriously. Greater awareness of the laws in place need to be fostered, since the results of ignoring them can be deadly – not only for the driver and their passengers but also for all those on the road.