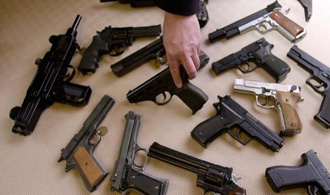 A retired Navy intelligence officer from Escondido admitted yesterday that he worked with a Pakistani arms dealer living in Mexico to export aircraft engine parts illegally.

G. Charles Budenz II, 57, faces more than six years in prison after he pleaded guilty in San Diego federal court to three counts of exporting defense articles without a license.

He admitted shipping parts used for engines in F-5 fighters, T-38 military trainers and Chinook helicopters to Belgium and Malaysia in December and January at the direction of convicted arms dealer Arif Ali Durrani.

“While Mr. Durrani was the mastermind, Mr. Budenz was the facilitator,” said Serge Duarte, a special agent with Immigration and Customs Enforcement in San Diego.

Durrani’s lawyer said the parts were headed to Iran, but his client did nothing wrong.

Duarte said he doesn’t know where the aircraft parts ended up, but Iran is a possibility.

“We sure would like to get some evidence to prove that,” he said.

Budenz has traveled to Iran, his lawyer said yesterday.

Durrani was arrested at Los Angeles International Airport in June as he was traveling from Mexico to his native Pakistan. He was indicted in San Diego in September on conspiracy to illegally export aircraft parts and has pleaded not guilty.

His lawyer, Moe Nadim, said Durrani was the victim of a zealous government investigation.

Durrani was convicted in 1987 in Connecticut of trafficking weapons systems to Iran.

During his trial and in subsequent appeals, Durrani said he was working at the request of Oliver North as part of the Iran-Contra effort to free American hostages and fund insurgents in Nicaragua by selling weapons to Iran.

Jurors and appeals judges rejected those claims, and Durrani was jailed until 1992. He left the United States in 1998 and eventually settled in Rosarito, where his wife runs a restaurant.

Another arms dealer, Richard Tobey of Temecula, has pleaded guilty to working with Durrani.

Budenz, a retired Navy commander, told investigators that he met Durrani in Mexico in 1999, and Durrani told him about the prior arms-dealing conviction, according to a declaration by a federal agent filed in court.

Durrani couldn’t legally do business in the United States, so Budenz agreed to be his agent. He said Durrani would send him lists of parts, and he would search for, purchase and ship the parts.

When Budenz’s house in Escondido was searched June 15, agents found documents about parts orders, including a notation to “please remove all paperwork from the package and neutralize them prior to shipment.”

Budenz said he shipped the parts via Federal Express through a storefront shipping center in Escondido.

Defense lawyer Thomas P. Matthews said Budenz was “like a victim” of Durrani, who took advantage of his client’s financial and health problems.

“He never saw any money from this,” Matthews said. “He was basically in a vulnerable position, acting at the direction of another.”

Budenz’s military service record shows he served in the Navy for more than a quarter-century, most of it as a reserve intelligence officer with postings all over the world.

The Navy sent him to Indonesia, the Philippines, Panama, Uruguay, Paraguay and Chile among other places, said Navy spokesman Mike McClellan. He also served seven separate two-week stints in the Defense Intelligence Agency between 1982 and 1991. He retired in 1994 with honors that include the Joint Service Commendation Medal.

In 1996, he served in the Organization for Security and Cooperation in Europe’s mission to Bosnia-Herzegovina.

The guilty plea may affect Budenz’s security clearance, his pension and his health benefits, Matthews said.

“All the stuff he’s worked hard for is in jeopardy,” he said.

But Duarte, the ICE agent, said he should have known better.

“Mr. Budenz, being a military officer, should have known the sensitivity of trading in these parts,” he said.

The Associated Press contributed to this report.